Join to be a part of the AYDA Community

The Asia Young Designer Awards is a platform to nurture and inspire design. Discover and unleash your potential today!

It looks like you are in Malaysia. If we got it wrong, please select your country.

Or select a different location

Thank You for your interest!

Submissions have ended. Stay tuned to vote for your favourite design on 22nd November 2021!

15 years in the making

First launched in 2008, the AYDA awards (previously known as Asia Young Designers Awards) is part of Nippon Paint’s vision to nurture the next generation of Architectural and Interior Design talents. It serves as a platform to inspire students of these disciplines to develop their skills through cross-learning opportunities and networking with key industry players, as well as their fellow peers in the region.

Since then, AYDA has grown in terms of reach and stature, and has now established itself as one of Asia’s premier design awards, having received more than 41,000 entries from over 1,200 tertiary education institutions to date, across 17 different geographical locations globally.

Over the years, AYDA has impacted thousands of young and talented student designers, presenting them with various opportunities to engage with renowned speakers and key figures in the design industry. The platform has enabled the participants to gain first-hand industry knowledge, personalised coaching, mentoring and skills-building through various workshops by experienced lecturers and industry professionals. On top of that, this experience allowed participants to learn from their fellow peers from within and across borders.

Every year, AYDA presents yet another opportunity for young design talents to push their design boundaries further beyond the norm. 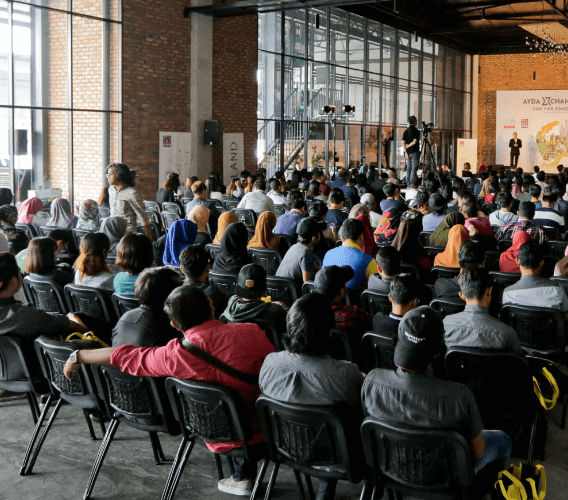 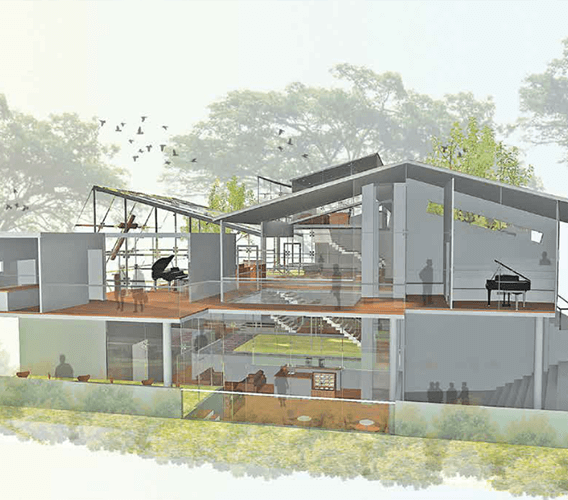 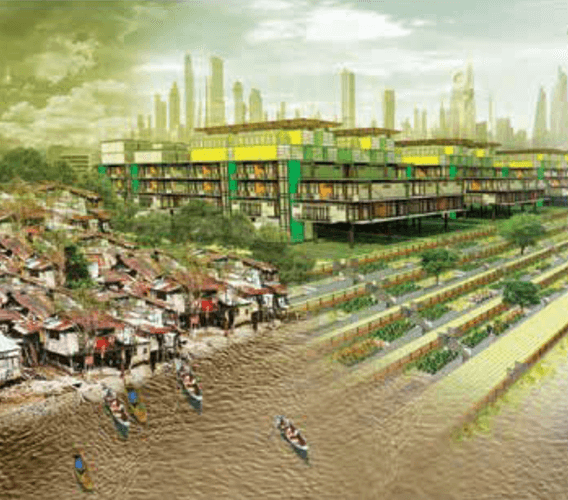 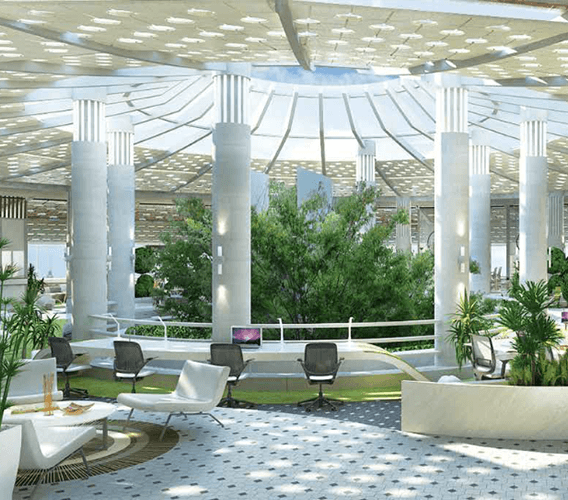 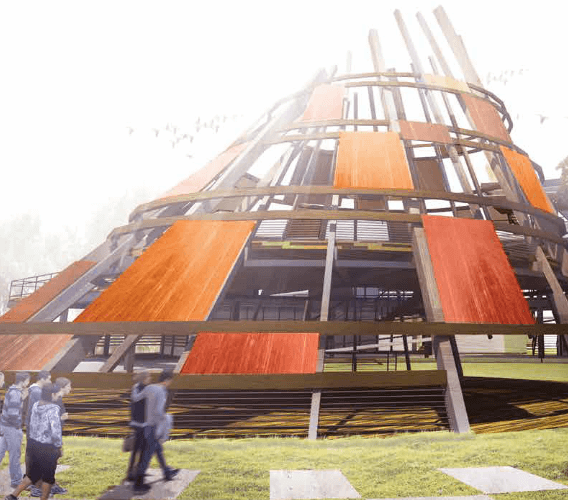 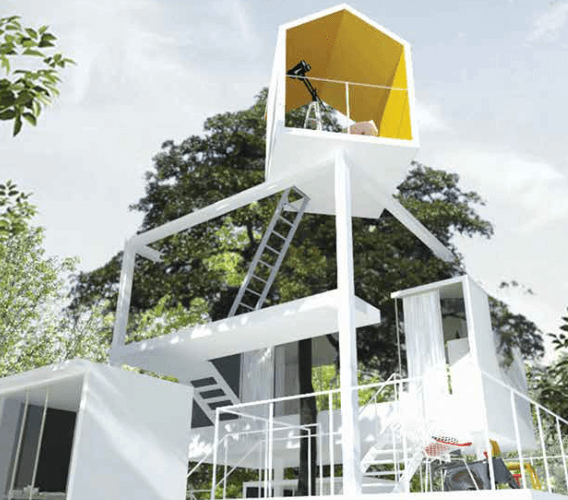 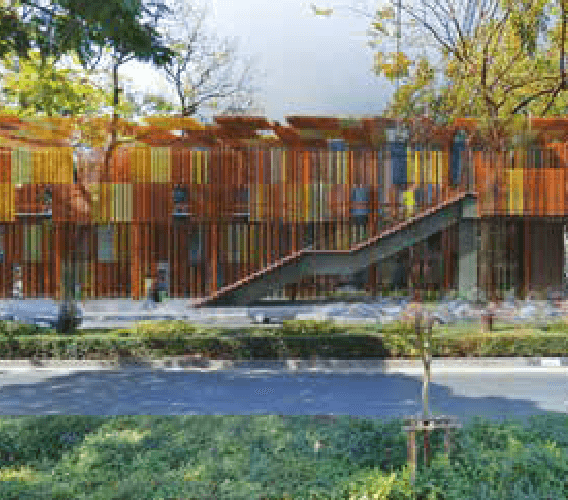 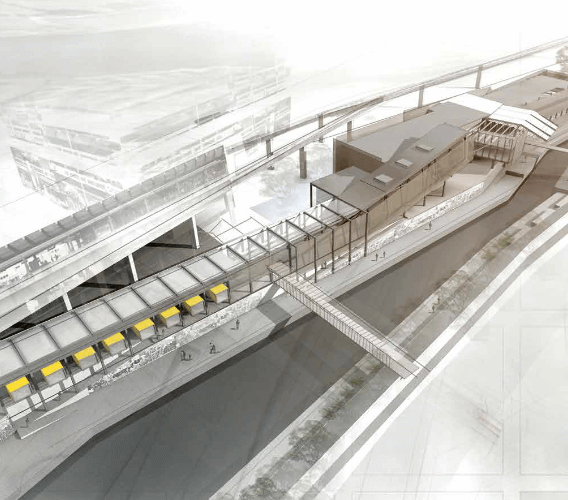 What do we consider ‘ideal’ in the context of community and living spaces? As we envision future living, we can connote that changes are evidently inevitable. The mindset of our young designers is beginning to evolve alongside various innovative approaches that are dedicated to the good of novelty, sustainability and creativity. We account this change to the benefits of mankind in a much bigger picture. The need to push the current boundaries becomes much more prominent to ensure the transition of this change.

02
BUILDING A COMMUNITY FOR BETTER LIVING

This is the modernistic ideals of progress, which back then, aimed at the eradication of tradition. Today, this scheme that we are living in is containing us in the ‘shoebox’ concept. People and the community are beginning to segregate. We no longer live harmoniously together, but more independently; oblivious of any forms of communication and interaction. We aspire to instil the importance of creating a holistic community within the landscape of architectural and interior design because we believe that one cannot exist without the other. Together, communities can change the world for the betterment of humanity.

03
HEART WITH PEOPLE IN MIND

Look around you. We are not alone. We exist in this world together with a purpose; whether to heal, make someone smile or simply to design better places for people to live in. As the world becomes more complex, we constantly remind ourselves – as architects and interior designers– the importance of being empathetically and emotionally sensitive to the needs of others. In the pursuit of place-making and creating an enjoyable space for the people, we need to be sensible towards the different cultural, historical and behavioural nuances within the community that we are designing for.

The ‘green movement’ has been an ongoing topic of discussion since the past two decades. We find the responsibility to minimise the impact of growth and development through a more sensible, eco-centric and sustainable design approach. In the current context, the awareness of leading this mutual commitment towards environmental stewardship becomes more prominent than ever. How can young architects and interior designers contribute to implementing creative and innovative green design solutions that aim at better living with positive impacts towards nature and society?

With so many disruptions happening, designs have to be more ‘forward-thinking’. A design that is relevant to the people, community and environment promises long-term sustainability. Also, what we’ve designed and are about to design are representations of our creative direction. What do we set to achieve? And where are we heading to in our design journey? The answers become a pivotal juncture to lead you towards a more forward-looking personal growth as future architects and interior designers. We live in a very fluid world that is evolving, similarly, as creative people ourselves; we are also constantly changing to be better versions of ourselves in our respective disciplines. As we veer our perspective towards a more forward-thinking approach, we tread on a guided path that leads us to a new formation of ideas, challenging us to create and innovate for the people and needs of tomorrow.

As people of design, we tend to question who are we as a designer. Our individuality lies in our unique personality and how we channel our point of view through the work that we do. All designers want to have a piece of something that represents ‘them’. The ubiquitous quest to ‘standout’ pushes us to do something different in our design journey. But the question is: do we design something for the sake of novelty or something that represents our singular aesthetics? In school, we are taught to find inspirations through others. In the real world, we are asked to create with our own unique personality and personal touch. As we continue to set our very own code of aesthetics, we remind ourselves of the importance to always be true to our beliefs and design credos.

There is no end to the colour spectrum. From the thousands of colours available - each with over a thousand shades – colours are one of the most subjective matters when it comes to design. And it doesn’t help that our design aesthetics are constantly changing based on various disruptive factors and trends. But the indisputable fact is the effects of colours are tremendous in various contexts. Colours have healing properties; the ability to transform spaces; and the power to change affect us emotionally and physically. Colours can also play tricks with our eyes. These are designs that are not just colourful but imaginative and provoking at the same time. They leave you thinking: why are we so afraid of using colours?

We are living in a world laden in unapologetic ways of development and gentrification. The struggle between ‘old and new’ and what is received to have ‘historical or heritage values’ progresses into a tussle of trying to ‘fit in’. Heritage buildings are given up for the sake of urbanisation; taken over by design pluralisms that change all the time. Soon, we would realise that what is left would be a ‘faceless’ city – void of identity and values – daunting enough to plague the future of our children. The need to design together in a bigger picture becomes even more important than it has ever been. Integration becomes the turnkey factor in creating a synergetic connection between people, place and profit. And with the world feeling so ‘small’ nowadays, it is time to realise the significance of working together.

The AYDA Experience
SUBMISSION DEADLINE
7th October 2022
PRELIMINARY JUDGING
Top 12 finalists progress to oral presentation stage.
ORAL PRESENTATION
Top 12 finalists present their designs to a panel of judges.
WORKSHOPS & MENTORSHIPS
NATIONAL FINALS
A national Gold winner is selected from each country.
WORKSHOPS & CALIBRATION
Sessions are organised in line with the International Summit.
STUDY TOUR & MENTORSHIPS
Sessions are organised as part of the learning journey in the AYDA program.
INTERNATIONAL FINALS
The national Gold winners will compete for the “Asia Young Designer of the Year” award.
SHARING SESSIONS
Past AYDA alumni share their experiences with the program and their achievements thus far.
MEDIA ENGAGEMENTS
A series of media engagement posts to profile the winners and the AYDA program.
Currently in: